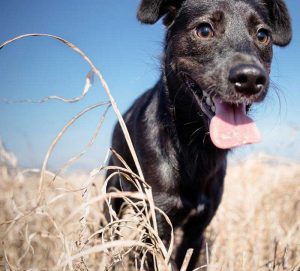 Your dog will need vaccinations to prevent and to ensure proper long-term protection against various viral illnesses.  The following is our recommendation of vaccines for your dog:

DAP:  Commonly known as the “distemper” vaccination, this vaccine is actually a multivalent vaccination against canine distemper, adenovirus, and canine parvovirus. This vaccine is begun at 6-8 weeks of age for puppies and boostered at 3-4 week intervals until the puppy is around 17 weeks old. The vaccine is then boostered annually.

Canine distemper is a widespread and contagious virus. Signs include diarrhea, fever, lethargy, respiratory infection, and often death.  The incidence of distemper has been greatly reduced through vaccination programs but is still occasionally seen in exposed puppies. Limiting your dog’s exposure to unfamiliar dogs until his vaccination series is complete is advised.

Canine adenovirus is the causative agent in either adenovirus- 1 hepatitis or adenovirus-2 respiratory infection.  Both infections may be serious in young puppies especially.

Canine parvovirus is the most important fatal disease of puppies today. It is a widespread and highly contagious virus that commonly causes vomiting, depression, bloody diarrhea, dehydration and death. It may rarely strike susceptible adult dogs but is most often seen during puppyhood. Vaccination at appropriate intervals is very protective. There is no specific treatment for this virus, only supportive care, so early prevention is imperative.

Leptospira: This bacterium is found in several strains and is responsible for infections of the liver and kidneys. Leptospirosis is more commonly encountered recently as some vaccination protocols have not included Lepto protection in recent years. Infection is primarily via oral exposure to water contaminated by animal carriers (other dogs, wildlife including mice, rats). Infection with Leptospira is frequently fatal as detection is often late in the course of the disease. This disease is zoonotic, meaning that it can also infect people. Vaccinations are recommended for dogs in a 2-shot series after the age of 12 weeks, and then are given annually.

Bordatella: This bacterium is one of the principle causative agents in canine upper respiratory infection complex, and the main agent in infectious tracheobronchitis. Any dog that is frequently exposed to unfamiliar dogs should be vaccinated. Kennels often require this vaccine to be eligible for boarding. The newest vaccine is an oral route.

Lyme disease:  A tick-borne disease caused by a spirochete bacterium, Lyme disease can cause arthritis, weight loss, lethargy, fever, kidney disease, and cardiac disease affecting dogs, cattle, horses and humans. While the disease was first noted in the Northeast, it has spread throughout the Midwest including Michigan, and the western states. The deer tick is the carrying vector so areas with heavy deer populations tend to be endemic for Lyme disease. Mice and birds, including wild turkeys, are considered the main reservoirs for the bacteria. Since Lyme disease incidence in pets is on the rise in Michigan along with the rise in the deer tick population carrying the disease, it is prudent to vaccinate for Lyme disease. Initially a 2-shot series is given after 12 weeks, and then it is boostered annually.

Rabies:  An inevitably fatal zoonotic disease affecting the central nervous system, this disease is seen less frequently now due to required vaccination.  It is, however, still present endemically in the wildlife population and is therefore a very important public health concern. Transmission is from any contact with a wild animal (bats, skunks, raccoons, foxes are the primary carriers) but especially bites or scratches. Any person receiving a bite or scratch from a wild animal or unfamiliar dog or cat should immediately clean the area with soap and water and report the wound to a physician and local animal control office. Vaccination is done after 12 weeks of age, then either annually or tri-annually.